Без категория Father Benno Benеsh – the founder of the Salesian mission in Bulgaria, has passed away

Father Benno Benеsh – the founder of the Salesian mission in Bulgaria, has passed away 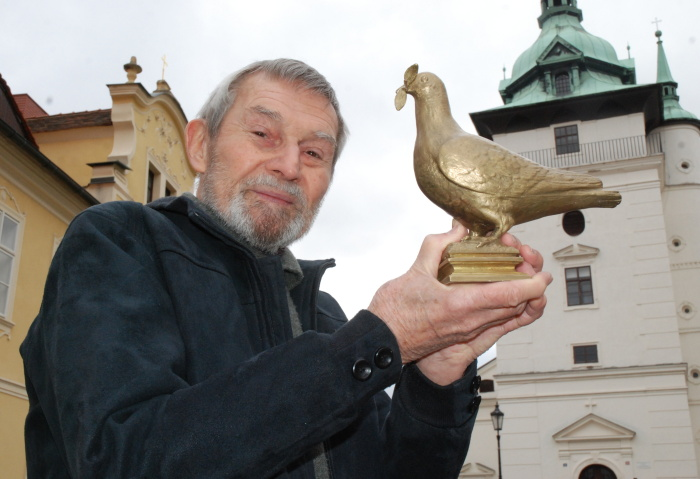 Father Benno was born on April the 19. 1938 in the town of Teplice in northern Bohemia. He spent his childhood and adolescence in the town of Osek with his mother Anna and his father Joseph, near the Cistercian fathers and the Borromean sisters, who supported his early desire to become a priest. With the end of the war and their expulsion, many of the inhabitants of this region lost contact with them. Fortunately, Salesians come and feed his desire to become a priest. The fifties came, and the priesthood again withdrew from Father Benno.
He studied at the Higher Technical College. After graduation he spent two years of military service. Then he works in a chemical laboratory. He sings in the choirs of North Czech teachers. The choir also has concerts in Bulgaria.
Thanks to God, one day he accidentally met the trustee of the Czech Salesians, Franti?ek Misha, whom he knew from Osek. He offered him to move to Prague and continue his dream of becoming a priest and Salesian. And so it happened, he began to study theology secretly, even after the Prague Spring of 1968 and the growing normalization. He became a Salesian in 1970 and in 1972 a priest by secret ordination in Poznan, Poland.
He became vicar of the abbot incognito and responsible for the new brethren who followed theology in the seminary or secretly. He thus welcomed November 1989. He opened himself publicly as a priest and Salesian, terminating his work in a chemical laboratory in Prague.
After the fall of communism, he renewed Salesian societies and affairs in the Czech lands. In January 1993 he became a trustee and received a task from the Chief Trustee to start work in Bulgaria. It starts working immediately. In the summer of 1993, with the three brothers, he toured Bulgaria, asking Bishop Methodius to receive the Salesians in the Exarchate from the Eastern Rite. Arranges the residence of the first brothers in the exarchate from April 1994 and from October in the town of Kazanlak, where they were responsible for the new birth of the parish and oratory for young people. Thus he became the main figure for the Salesian mission in Bulgaria. With its ability to establish good relations with both embassies and cultural centers, these connections exist to this day. His regular visits to Bulgaria every year are always joyful for everyone. Many people remember him and were impressed by his empathy, memory and ability to speak Bulgarian. Even in Burgas and Kazanlak the Holy Liturgy is served in Bulgarian.
In 1999, when he ended his term as trustee, he became responsible for the missions. But he does not forget our mission in Bulgaria. He visits us, renews ties with institutions and friends. After working at the JABOK University in Prague, he became the director of the society in Teplice, northern Bohemia. He even helped on the outskirts of Germany. He renews connections with Germans who were born in northern Bohemia years ago. Thanks to this commitment at the international level, in 2015 he was awarded the Golden Dove of Peace World Award.
In 2016 he suffered a leg injury, but after five operations he was active again. He spent the last years of his health deteriorating at the St. Karel Borromejski Home in Prague. There he was cared for with incredible diligence and love by the Borromean sisters and all the staff, for which Father Benno was very grateful and often mentioned him. Thus, the Borromean sisters, who were present at the beginning of his life and title in Osek, were present until his death in Prague. Despite his physical limitations, he maintained active personal and telephone contact with his brothers and many friends and acquaintances.
Prepared spiritually, calm and ready to surrender his life into the hands of His Lord, Father Benno left this world on December 1, 2020. He was a man of deep faith and heartfelt relationships.