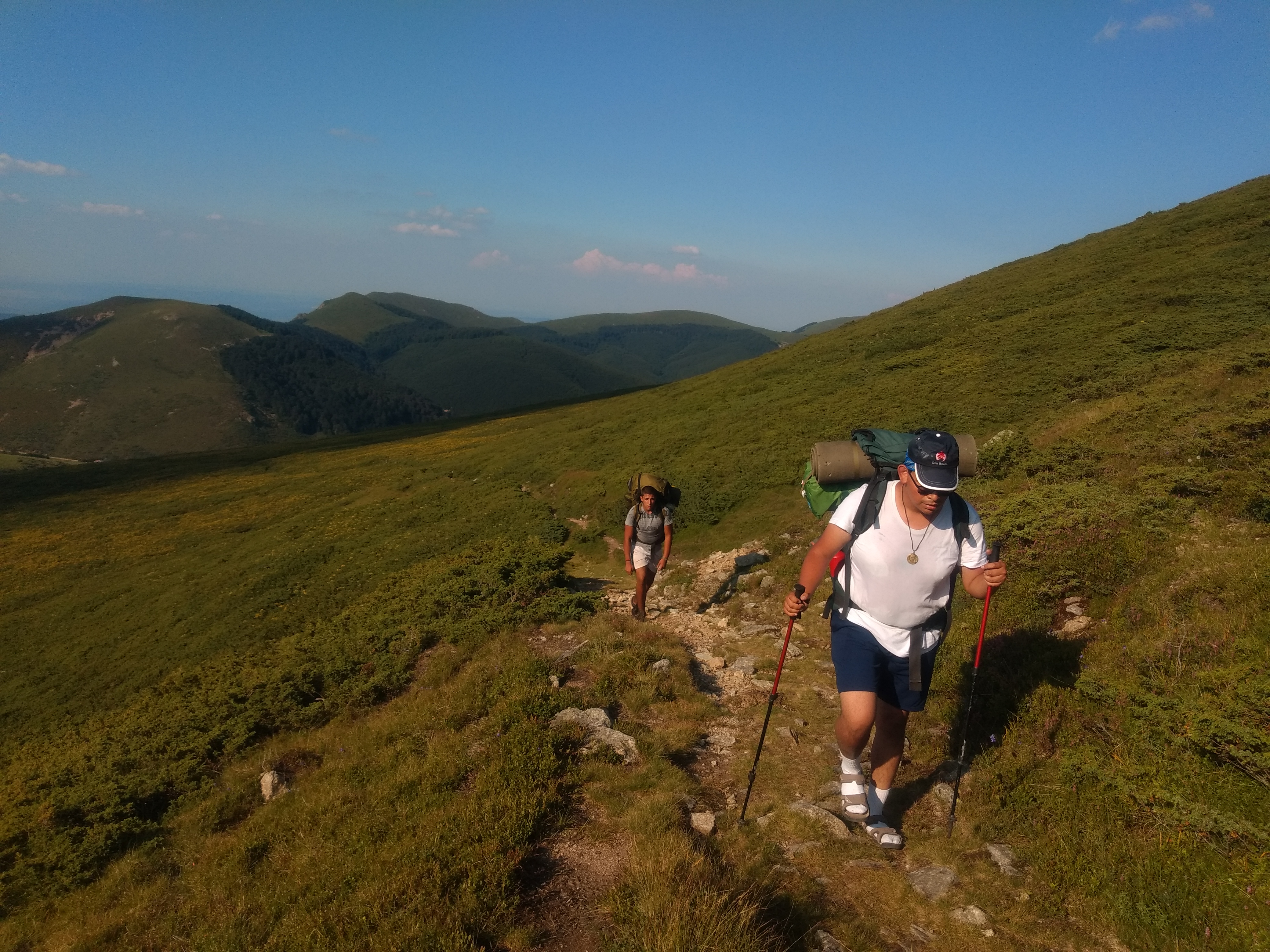 “For the Salesians, as Don Bosko wanted, it is very important to have moments when young people can share their lives outside and thank God for everything he has created, especially to contemplate the beauty of nature. This year we aimed for Botev peak in the beautiful “Stara Planina”. We were two boys, one girl and three salesians (one boy gave up at the beginning of the march). The hike started on Tuesday, July 28., from Shipka Peak, each of us was with a backpack weighing almost 25 kg. In them we carried the food and everything necessary for the trip. We slept in tents every day. The first day we reached Uzana hut in Gabrovo. On Wednesday we slept around Mazalat hut, where we talked around the fire and laughed a little. On Thursday we arrived at the foot of Botev peak, to the cows that rang their bells all night long. On Friday we finally reached the top. We were all happy because after a lot of effort, we achieved our goal. It was nice to meet other people who had the same goal. From there, the return began. After almost three hours of descending on a slightly difficult road, we arrived at Paradise Hut, where we slept, although there was a strong wind all night and the tents were “dancing”. On Saturday, the last day, we had lunch by the river, near the Eco trail. Then we went to the monastery of the Nativity of the Virgin, where we prayed and thanked God for his participation in the whole march. In the town of Kalofer the bus waited for us to go to Kazanlak. In total we traveled about 65 km. Every day of the hike was very pleasant, with good weather and despite the fatigue, we felt the joy of being together.”
Brandon Homero Figueroa Gonz?lez