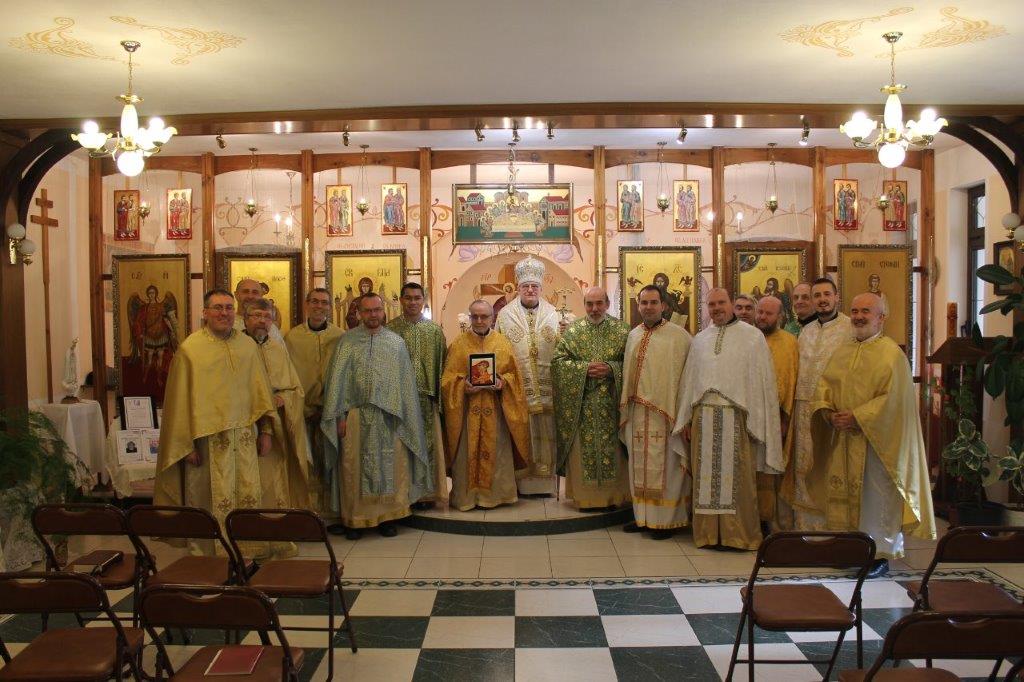 A meeting of all priests from the Catholic Apostolic Eparchy “St. John XXIII” was held from December 11. to December 13. 2019 in town of Kazanlak. The theme of the meeting was related to “our calling” and the 50th anniversary of the priesthood of Pope Francis.
We also celebrated the 70th anniversary of Archbishop Petr Nemec, who is liveding and working in Bulgaria, in the town of Kazanlak, for 25 years and is part of the Salesian monastic community